Of the many wonderful things that autumn brings soft herring roes is fairly high my list of favourites. I am looking forward to some of this comfort food for lunch on this rain-sodden and blustery day. Washed under the hot tap, rolled in seasoned flour and fried in butter, then served on hot buttered toast with a mug of tea and plenty of black pepper, my mouth is watering in anticipation. Autumn is the herring season and that means local bloaters and kippers too. There are still a few traditional smokehouses in and I am blessed to have one of them just down the road from my brewery in Cromer. John and Frances Jonas have a 165 year-old smokehouse in their fisherman’s yard in . We have known them for years and Mrs Brewer is good friends with . So it occurred to me that I could make good use of this asset by smoking some malt to boost the Poppyland Brewery retertoir. But then I had a further thought. 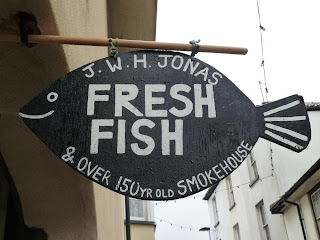 of course is famous for its powerful rauchbier, made with beech-smoked malt. Various breweries especially abroad offer beers made with some smoked malt but sometimes I struggle to identify its presence, either because they didn’t use enough or the flavour has died away since leaving the brewery. Or maybe its just me. So, smoked malt is not all that unusual in beers but I don’t know of any that use smoked hops. It promises to offer a different, fresher smoke experience.“Smoking hops?” said one wag, “That sounds like something I used to do at college”. 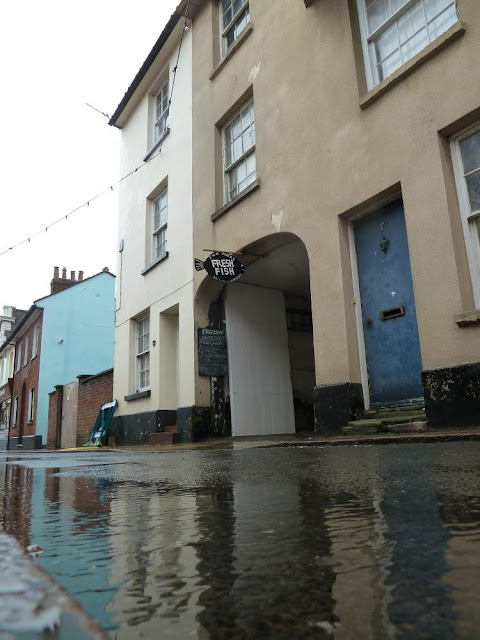 My first experiment was to take one kilogram of crushed pale Maris Otter malt down to , spread out on our largest roasting tin from the kitchen. It went into her smokehouse for just 24 hours to see what effect that would have. It was a kind of calibration exercise, although I have no idea what units smokiness is measured in. It came out smelling fresh and smoky, nice and sweet from the burning of oak sawdust. It was a good flavour (not fishy!) and significantly different from either the malt or the peaty whisky malt I had smelt before. It had great promise but it wasn’t enough, neither in quantity nor in smokiness. It went into the first beer that Edoardo and I made in the Poppyland Brewery premises. Not un-naturally I called it Smokehouse Porter. But one kilogram in a grist of some 70 kg wasn’t going to have too much impact. That was when my imagination turned to smoking hops and dry hopping with them. 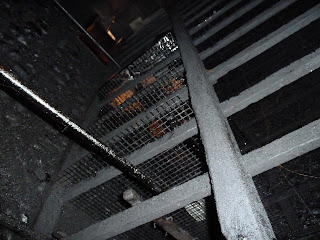 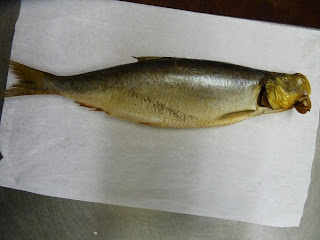 I had about 1 kg of wild hops that I had collected early one sunny October morning from a bank in . I had not dried them but put them straight into the freezer. From experience I knew that these hops would have a mild peppery, grassy, noble flavour. What would they be like when smoked? There was only one way to find out. 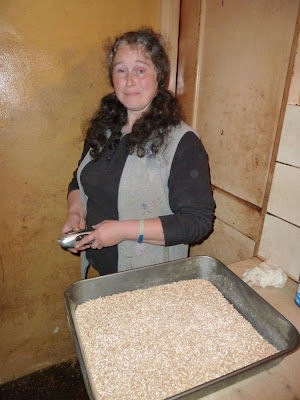 I took the whole carrier bag to and she smoked them alongside her fish for 36 hours. The beer wasn’t quite ready for dry hopping when they came out, so they were left in the brewery for just over a week before they were used. They filled the brewery with their wonderful smoky scent. Being damp they began to molder before I could use them, so I put them into a kilderkin – all of them – and steamed them for about a quarter of an hour with my steam generator to ensure they and the kilderkin were sterile before running in the fermented beer.

I was thrilled with the result. The dark, molasses and malt-flavoured beer became suffused with a fresh and gentle smokiness that transformed it from a nice sweetish porter to a really great tasting beer. I bottled off 90 bottles.

Today I took down some commercial dried hops to Frances – US Centennial and NZ Wakatu. This time they are in large laundry bags and they will hang in the smokehouse for two days before I use them for dry-hopping two more kilderkins of porter for a couple of days. Then the last of the Smokehouse Porter will be bottled off, just in time for Christmas.

Now autumn has one more blessing to offer us – Cromer smoked beer.