I first came to the coast as a child. I recall it well; it was 1960. The Mini was recently released and our family friends Thelma and Archie had one. We met up with them in and journeyed on through Breckland, with its haunting gnarled pines, through Swaffham to Fakenham for a coffee and then on the to Wells and to our destination at . Mum, Dad and I trailed behind the smart Mini in our dun coloured Ford Prefect. Mum was the driver, as Dad hadn’t learned to drive at that time. In those days Lady Anne’s Drive was the start of a long heavy trudge through fine silver sand leading to . It sapped the strength of little boys who struggled with picnic hampers and deck chairs. On arrival at the beach we had a further half mile to reach the sea, for when the tide was out the bay was an open expanse of golden rippled sand and whispy shell banks. What a contrast today now that the marram grass has helped to build up sand dune barriers that enclose the bay and in their shelter the mud has settled and samphire and sea purslane has grown up. It makes you feel old when you witness coastal change in your own lifetime.

In my teens I was a bird watcher and frequently came to the coast to visit Cley Marshes and Salthouse and the pines at Wells. Since the late nineteen seventies I have made my home here and now I have become a brewer in Cromer. 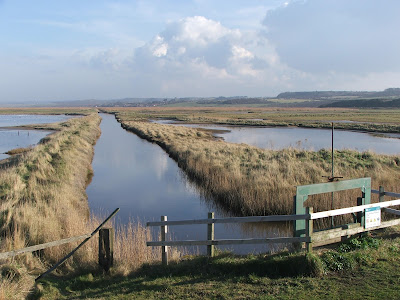 As a member of the East Anglian Brewers Cooperative I am able to buy malt directly from the farm where it grows. As part of the Barley to Beer Project, Teddy Maufe sends his prime barley from Branthill Farm near Wells to Crisps Maltings at Great Ryburgh near Fakenham. They keep his Maris Otter barley separate from everyone else’s. They malt it separately too and send it back to him. So I regularly find myself travelling my favourite road – the A149 coast road from Cromer to Wells. Past the ducks at Salthouse, past the Walsey Hills where I camped as a teenager with Kevin Baker (now with the BTO), past the East Bank at Cley, that legendary spot where so may rare birds have turned up and where the equally legendary Richard Richardson once entertained the bird watchers with his mimicry – taking the Mick out of other bird watchers, as well as imitating bird calls.

Onwards I drive, with a boot full of beer to sell to Teddy for his Real Ale Shop, the financial saviour of his farm. Once there I deliver my beer and have a look at what the other brewers are making and I may buy one or two, just for market research you understand. I load up my crushed malt from the barn and pay the man in the shop. Then it is the return journey. I stop in Wells and buy pork chops and other delights from Arthur Howell’s butcher’s shop in . The pigs are slaughtered on the premises. They only come from Wighton just down the road. They walk into the yard at the back of the shop thinking they are on a day out to Wells. No stress, before they are despatched and their sweet succulent meat is out in the front shop in no time. All his meat is good and it is little wonder that the top restaurants around here use him. 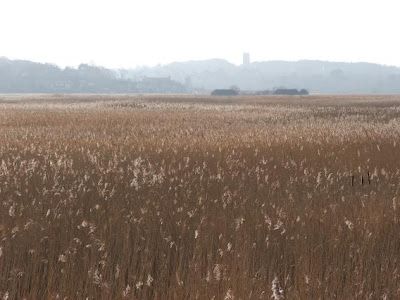 At Cley I call in on another of ’s food heroes. Cley Smokehouse isn’t the last one left (I use one in Cromer for smoking malt and hops) but there aren’t many and it does have some lovely produce. I am very fond of their buckling – hot smoked headless herrings that just melt in the mouth, or various tubs of seafood such as potted shrimps or taramosalata. It is a joy to park on the flint pebble pavement outside the shop; maybe I will look in at Picnic Fayre and a real treat is to call in and say Hi to Sarah in Pinkfoot, the wildlife art gallery across the street. 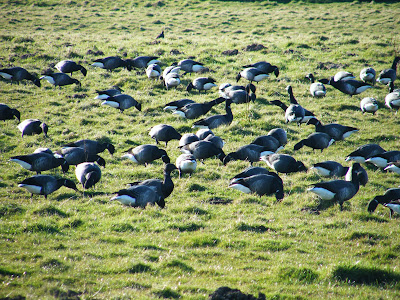 It is such a happy journey, a green journey, carrying beer in one direction and bringing malt and delicious food on the return. It brings me entertainment and gladdens the heart. A sideways glance may bring a glimpse of a marsh harrier quartering the marsh or a skein of a thousand gaggling geese. Today I think I shall visit Steve at the Binham Chequers to see what he has been brewing.