The building work on the brewery has moved on a massive step this week. We have our very own hole in the road, complete with 4-way traffic light system. Don't try this at home folks. It's very expensive but it has to be done to get drainage into the brewer and get a flue liner up the chimney. Our apologies to our neighbours, the good people of Cromer and travellers for the noise and delays. 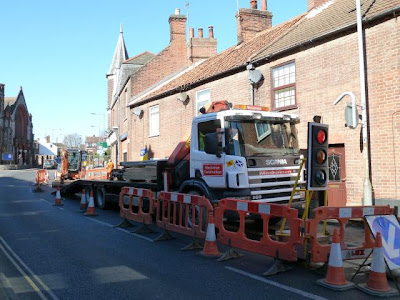 Mackinnon Construction sent down a great team, including three Pauls-in-a-pod, all in identical orange overalls and all with shaved heads: Paul Newton, Paul Kelly and Paul Fulcher. 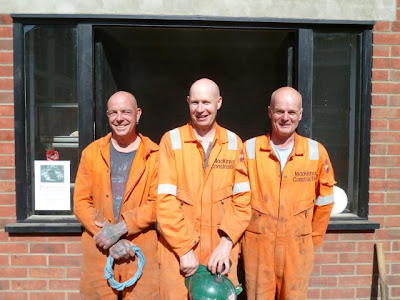 We have been blessed with brilliant weather, which always helps but yesterday two strokes of luck helped the project on it's way. Firstly a problem with a jackdaw's nest in a crank in the chimney prevented Swiftair from completing the new flue lining. 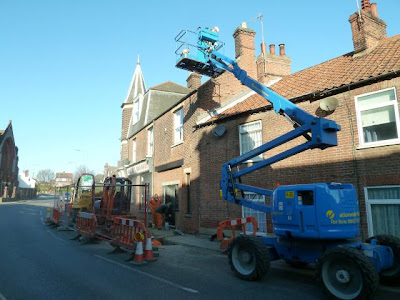 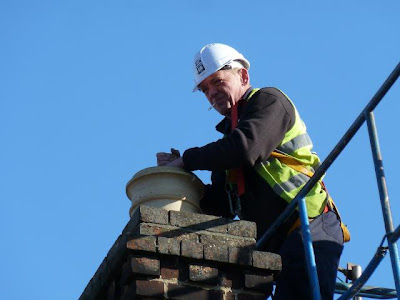 A frantic call to two local chimney sweeping firms found one of them busy and the other one not answering the mobile. I left a message and set about trying to find a solution to clearing the flue. A few minutes later a call came in. It was the Dean Knowles the chimney sweep from Woodburners of Gresham. He had been in Overstrand and out of signal range. But as he was coming through Cromer he found himself sitting in a queue of traffic, waiting to go through some traffic lights where the road was up. He checked his voice mails while he waited and got my desperate message. He was actually queuing at our very own traffic lights: how lucky is that? He came straight on site and in no time he and his colleague - another Dean! - had the chimney cleared of sticks and the brush poking triumphantly out of the chimney pot. 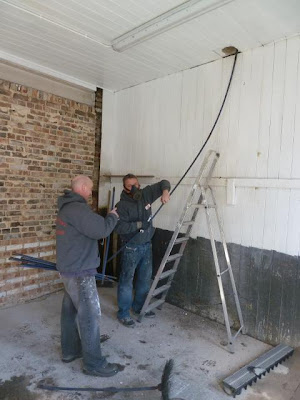 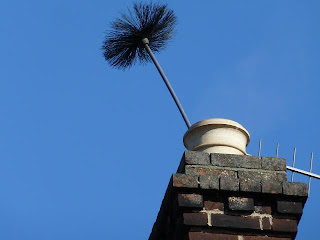 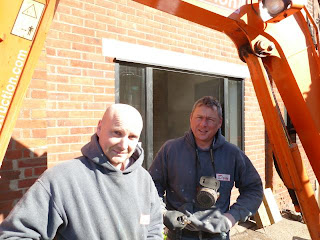 Dean Knowles (right) and Dean Patrick his assistant. Thanks guys. 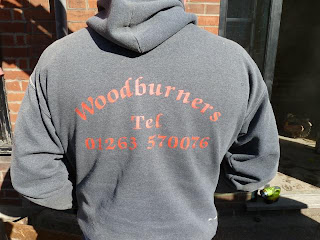 So Swiftair could get on, completed their flue lining and all was well. The second stroke of luck came when the Mackinnon digging team, having picked their way carefully around numerous buried services - power cables, phones, water main, gas pipe and old sewer - eventually found the main sewer running down the middle of the street at 2 metres depth. To everyone's astonishment they found that the Victorian constructors had provided a junction ready for us to connect straight into the sewer, so no cutting was needed. How lucky was that? Our hole had landed right on it, purely by chance, or maybe it was providence.

It just seems that this project was meant to be and that's not the first time I have said it. Someone or something seems to be guiding events and it is shaking my atheistic beliefs to the core.
Posted by Martin Warren at 10:15